I came to this country with just ten dollars in my pocket, worked hard, and climbed up the socio-economic ladder to build a meaningful life for my family.

This familiar ‘rags to riches’ story may be a bit cliché—and mostly on point—but I know, as an immigrant, that the experience of thriving within a new country is usually more complex, especially for refugees and forced migrants.

My name is Badou Edgar Khan. I was born in Liberia, West Africa. When I immigrated to the United States from Liberia in the 1980s, I left my family with the hope of advancing my education. My father, who worked for the Organization of African Unity (OAU) mission to the United Nations, had a plan to send me to high school in New York. He provided me $3,500 to subsidize my education, housing, and food. And when my father returned home after helping me get settled, I was fortunate to have a strong support system in my home country that brought me solace.

Then, everything changed. What started as a small uprising in Liberia became a full-fledged civil war. By July 1990, Charles Taylor and his rebel forces breached the capital Monrovia, my home town. I lost track of my family and my world began to unravel.

In 1972, my mother, grandmother, aunts and uncles were among more than 80,000 Asians living in Uganda who were forcibly displaced by Ugandan dictator Idi Amin.

Gripped by fear and uncertainty, my family saw their lives as prosperous farmers and business owners crumble before their eyes. In a matter of weeks, my mother and her three sisters fled for Canada. My grandmother and uncle were relocated to a refugee camp in Italy before settling in Canada years later.

I cannot imagine how vulnerable my mother must have felt as she navigated an unfamiliar country on an entirely different continent. And yet, when my mom looks back at that time, she tells a more uplifting story — a story of gratitude; gratitude for the many Canadians, including neighbors, community members and people at the local mosque, who provided the lifesaving support that she needed to start over. 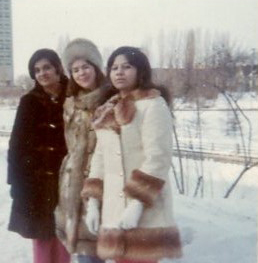 My aunts with their caseworker in the winter
of 1972 when they arrived in Canada.

Over eighty years ago, my German-Jewish grandparents fled the tragedy of the Holocaust in Germany. Through luck and connections, they were able to secure a visa to Panama where they built their lives anew. Their resilience, perseverance and the support they were provided by organizations that helped them get on their feet is the reason I am here today.

By Russell Dyk and Sahr MuhammedAlly

With so much spiteful rhetoric around immigration during this election season, it was both uplifting and inspiring to attend Refugee Action Fund’s Launch Party on October 23rd at New York City’s Tenement Museum. 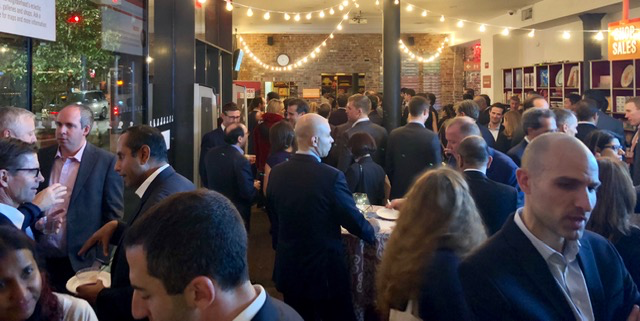 Reflection on Yesterday’s Shooting at the Tree of Life Synagogue

Yesterday, a gunman walked into a synagogue in Pittsburg, murdering 11 people and injuring 6 more. Our hearts mourn for the victims and their loved ones.

Reflections from the U.S.-Mexico Border 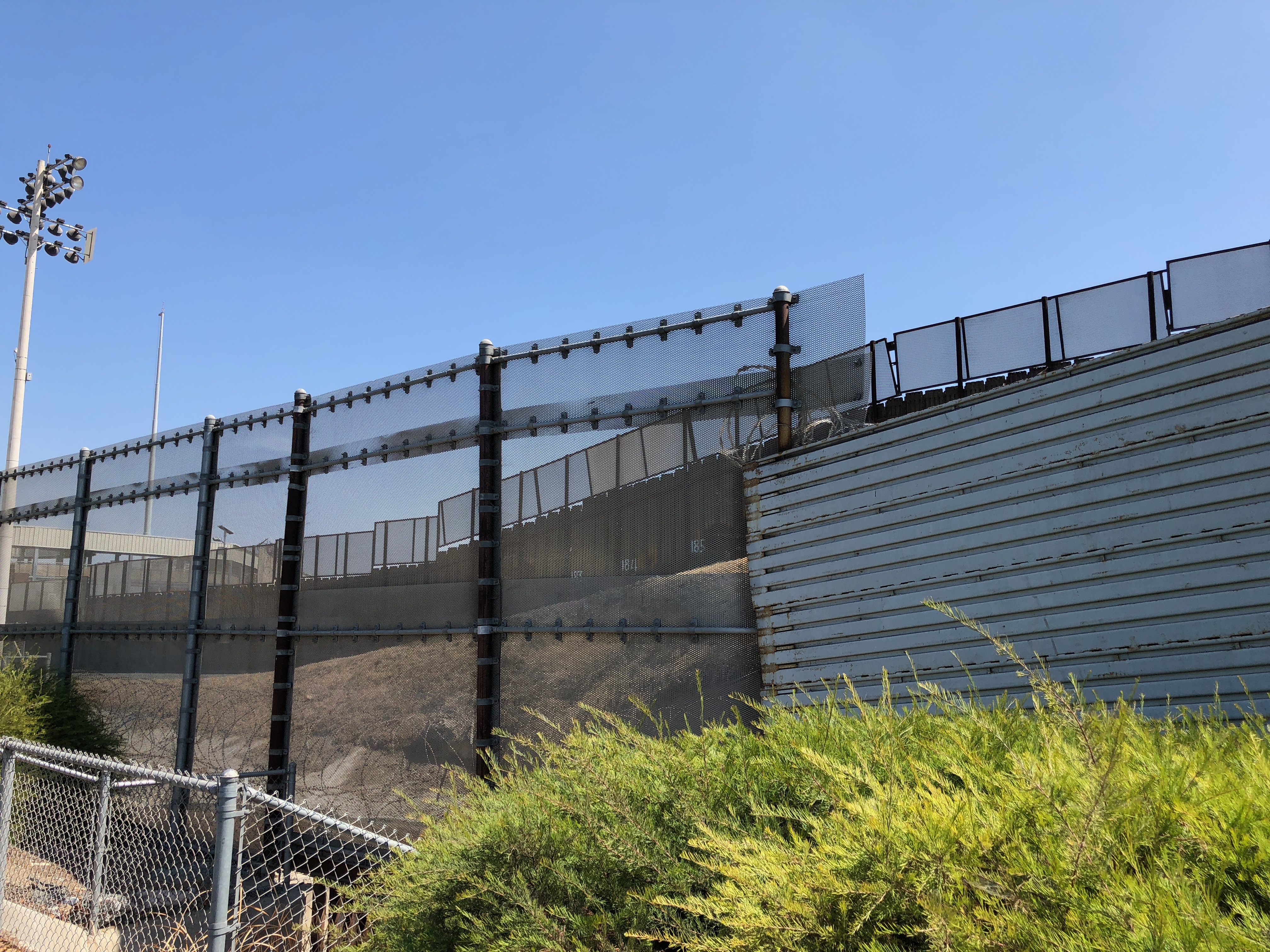 In August, I joined a delegation of Jewish leaders organized by HIAS who visited detention and migrant facilities on the U.S.-Mexico border. The experience afforded me access to the inner-workings of the U.S. immigration system: inside a detention facility where thousands of immigrants are kept in prison conditions; in court proceedings where complex and convoluted procedures shape the trajectory of those seeking refuge and asylum; behind the electronic fences where our government houses unaccompanied minors and separated children in legal limbo; and shelters in Tijuana where men, women and children fleeing for their lives await the opportunity to go North, or individuals freshly deported from the U.S. (some brusquely removed from their families and lives in the United States where they have spent decades) try to reunite with their children or just figure out what’s next for them.

Bearing witness is painful. It is impossible not to feel deeply impacted by the pain and trauma of the individuals inside the U.S. immigration system. Even more daunting is what bearing witness demands of me: the responsibility to share what I’ve seen, and the obligation to take action. I offer these observations and reflections from my experience as a first step.

A Crash Course on Refugee Economics

Listen to co-founders Greg Sharenow and Michelle Brouhard on Bloomberg Radio talk about how to integrate refugees into the fabric of U.S. Society.

A Crash Course on Refugee Economics

Check out this blog post by one of our partners, HIAS, on our event in New York City. 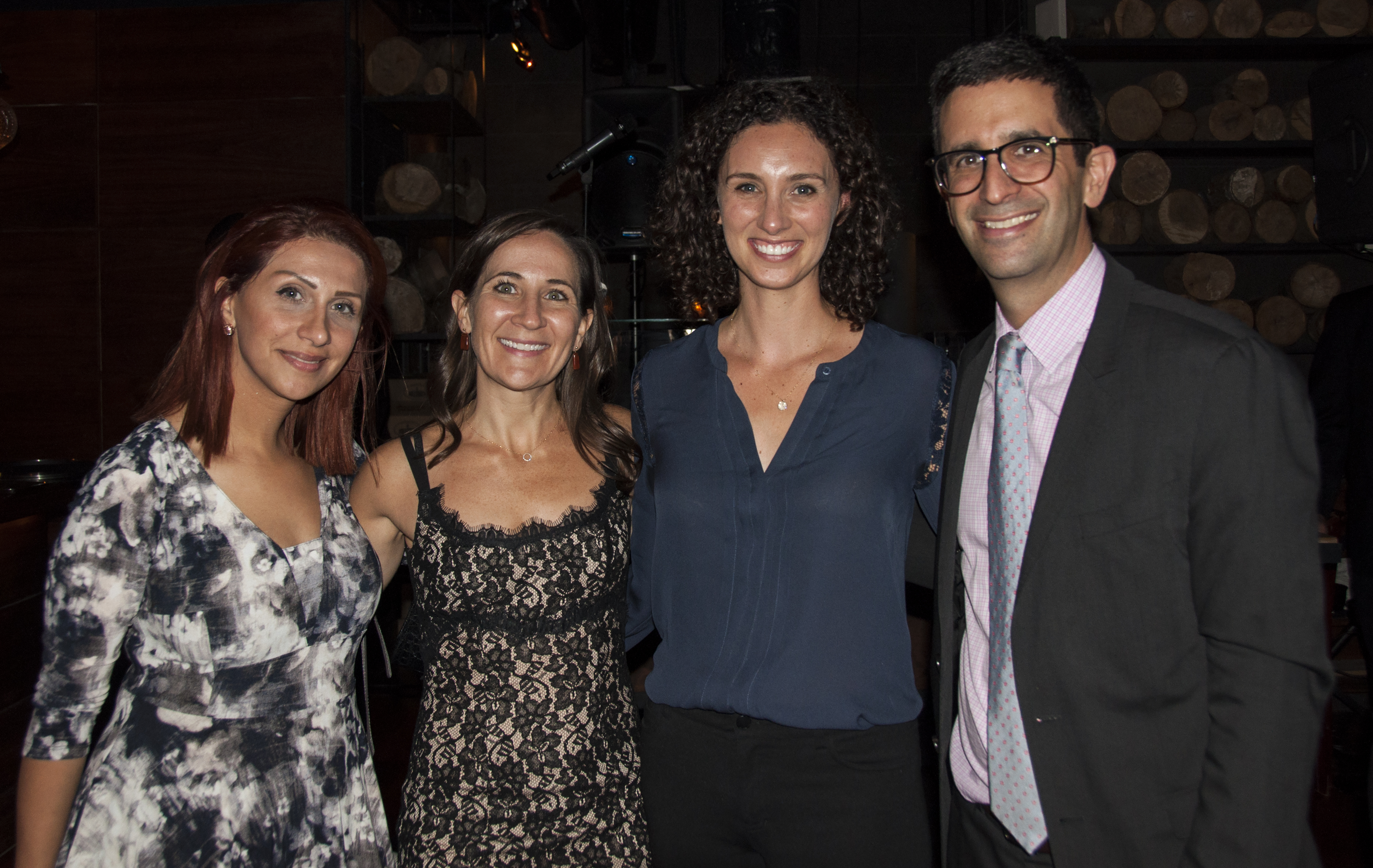