The New York Leadership Committee is comprised of dedicated individuals in the financial industry—many of whom are from immigrant families themselves. Together, they are expanding our network of supporters and serving as ambassadors for the Refugee Action Fund in the New York Metropolitan area. 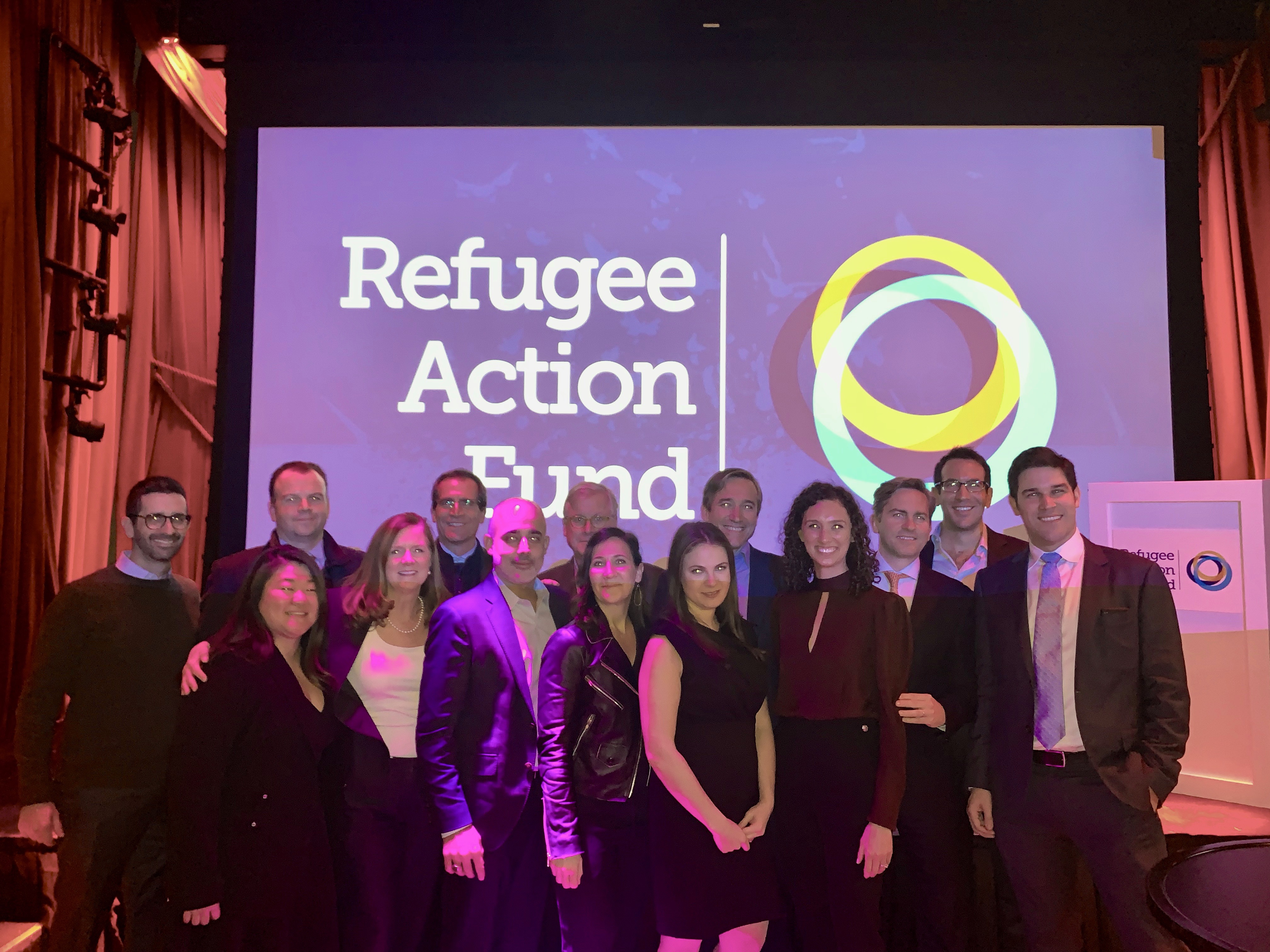 Mischa Aikman: As an immigrant myself, I have personally witnessed the struggles countless persons face throughout their respective journeys. I very much look forward to leveraging the platform the Refugee Action Fund offers in order to effect real change.

Rabiya Ather: Originally from Lahore, Pakistan I have closely witnessed the trials and challenges that come with displacement. It is difficult not to be acutely aware of our own privilege when surrounded by so many in plight. I am excited to join Refugee Action Fund’s leadership committee to do my part in supporting the organization’s efforts towards improving the current refugee crisis.

Elise Backman: I am excited to be a part of the Refugee Action Fund’s Leadership Committee to engage peers to support refugees in light of these increasingly pressing global challenges.

Thomas Blair:  My involvement in the Refugee Action Fund continually reminds me of the human aspect of the refugee crisis and why we must learn more about people all over the world whose lives are at risk. I love that The Refugee Action Fund directly supports refugees—including women and children—by engaging professionals in the financial community to be key philanthropic partners.

John Fallon:  My interest in the Refugee Action Fund is certainly stimulated by the news headlines, but also from my personal experience in caring for the physically and mentally disabled. I recognize that there are many people who need a voice to advocate on their behalf. Governments and individuals need to be reminded to take action to support the most vulnerable among us. I want to do my part to raise awareness.

Shaun Kempenich:  I come from a family of immigrants. I live in a country founded by immigrants. And I am excited to be a part of the Refugee Action Fund to help others with the American values of “Life, liberty and the pursuit of happiness.”

David Levi:  My father and his parents emigrated to the United States from Egypt following the Six-Day War in 1967. My father and grandmother were initially separated from my grandfather and reconnected in Marseilles the following year. The financial assistance and resettlement support that my family received, including language skills and housing assistance, was instrumental to their transition. I am looking forward to supporting others who are similarly establishing new roots in the United States.

Andrew Mugica:  I’ve joined Refugee Action Fund because I’m excited to be part of an innovative, committed team that is improving the lives of vulnerable people throughout the world.

Vikram Reddy: I am joining Refugee Action Fund because I believe in helping newly arrived refugees make the transition into American life. They are coming from incredibly traumatic experiences. If I can support and help that transition by leveraging my network then I will consider my contribution to be successful.

Stephen Richardson:  I believe that the plight of refugees will be one of the defining issues of our time. By joining with the Refugee Action Fund, I am advancing social justice and equality for refugees and asylum seekers around the globe.

Victoria Rudnicki: My family has refugee roots, and I believe at my core that diversity and acceptance are fundamental values of what makes a community (or country) strong. I am excited to be a part of something larger than myself and make an impact in the mission to make the world a safer, more inclusive place for all.

Rakesh Shankar: As an immigrant and a former refugee, I have a visceral connection to anyone who has sought a better life in a foreign land either by choice or under duress. It has been a source of immeasurable pride to me to belong to a country whose identity is inextricably tied to the notion that past is not prologue - that where you are from is never as important as what you can be. I believe that identity has survived over time despite shifting zeitgeist largely due to citizens that have kept that spirit alive through their commitment. The work conducted by Refugee Action Fund is a strong manifestation of that commitment to our nation’s immigrant identity, and I am honored to play my small part in this movement.

Want to learn more about our leadership committee and how you can get involved? Contact Julie Gersten at [email protected].