Ukraine: How you can help

It is heartbreaking to watch yet another senseless war unfold, causing hundreds of thousands to flee their homes to find safety. As of earlier today, the UN estimates that over 670,000 people have fled Ukraine and crossed to neighboring countries. We know that the flow has just begun, and that there are hundreds of thousands of internally displaced people within Ukraine, and millions more who will need a safe haven if the war continues.

At Refugee Action Fund we believe that in times of crisis, organizations that have longstanding roots in a community are best positioned to assist those in need. Right to Protection (R2P) is a Ukrainian refugee assistance organization founded with the help of HIAS, a global refugee organization and close partner to Refugee Action Fund. R2P has worked for years to support individuals displaced by the Russian incursion into Crimea and ongoing armed conflict in East Ukraine. It also provides critical support to the nearly 5,000 refugees and asylum seekers in Ukraine from places like Afghanistan, Syria, the former Soviet Union, Iraq and Somalia. We are particularly concerned about the security of asylum seekers and minorities in Ukraine, many of whom are facing racial discrimination as they attempt to flee.

We encourage you to watch this brief video to learn how R2P is ramping up support to address the current crisis. 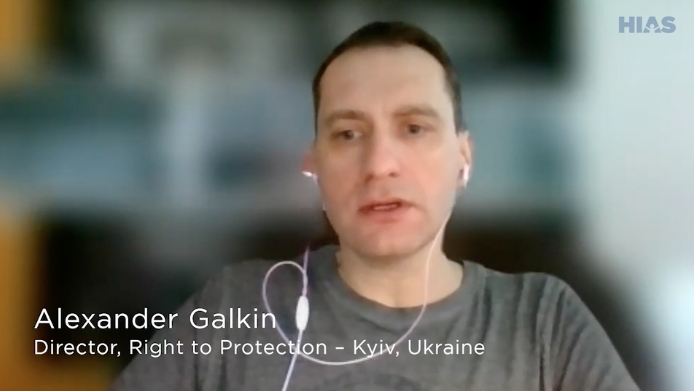